Been working on mapping.  Here's the poster map with a 24-mile grid over it. 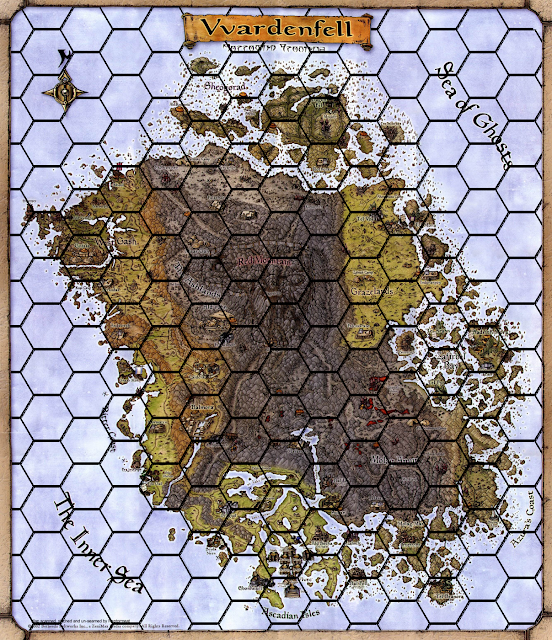 I'm not in love with this particular gridding; a number of towns are very un-centered in their hexes (particularly annoying for Ghostgate), and Vos and Tel Mora are in the same hex.  But I'm not sure a regular grid that centers every town on the right scale is doable.

I also worry that this scale is somewhat too small.  It's only one or two 24-mile hexes from Ghostgate to Dagoth Ur.  From one end of the map to another, Vivec to Dagon Fel by boat, it's only five or six days under sail in a swift ship (not allowing sailing at night, as the coast is rocky and treacherous).  Under two weeks to circumnavigate the whole island, even in a slower sailing vessel and without sailing at night. 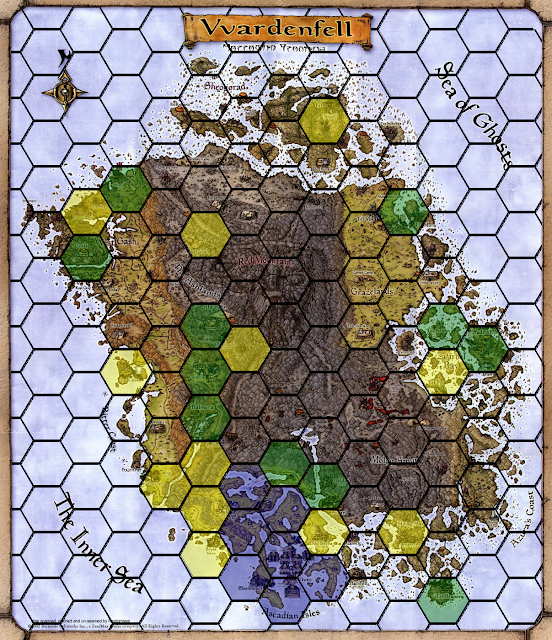 I think the total population comes up a few thousand families short of what I intended as of the first post; I think I could probably fit them into the blue hexes by raising population density there a little further.
Posted by John at 12:05 AM