From another of Rick Stumps' posts that I enjoyed:

Most of the light sources in the Mountain ended up being torches, then candles because they bought all the oil in the region and the few torch makers couldn't keep up with demand. Food prices in Esber skyrocketed because they bought all the smoked ham, salted fish, and cheese to be had for ever-increasing prices. They also stripped the area of oats and sheep tallow, making the local favorite breakfast (unleavened oatcakes fried in sheep tallow) rare and angering many...

The party also hired factors (merchants that buy and sell for you) in 5 towns and cities, bought an inn within Esber as a base and storehouse; met with the local Baron and Bishop to smooth things over  with them, and; gave generously to the poor affected by the lack of food...

If I simply said, "Don't worry about food, water, light, or time. Let's just play." None of that happens. They don't have ties to NPC factors in five towns and cities (that have already triggered 3 more adventures), no meeting with the baron and bishop, no interaction with farmers, or the beggars, no long argument with the muleskinners about if they should get paid as much as light infantry if they also fought the kobolds, no stash of 3,000 gp worth of gear on Level Three, none of it.

Obviously, any ACKS enthusiast is on board with limiting the amount of stuff available for purchase in a market every month.  But except for mercenaries, there isn't really a system for having prices rise as a result of buying up particular goods.  What would such a system look like, with a minimum of book-keeping?

ACKS' equipment availability table is a reasonable starting point for availability without any price increase.  Just at a wag, after buying all normal availability for the month, we might let players roll availability again, but now the goods cost twice as much per unit.  Then triple, then quadruple, up to a hard cap of say x10 (one of ACKS' underlying assumptions is that adventurers generally only have access to about 1/10th of the market).  The next month, take the highest multiple paid for a particular good, decrease it by 1, and that's the new starting multiple. 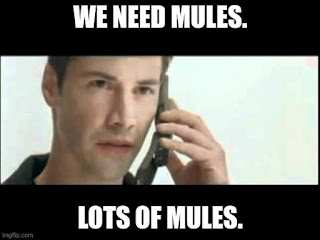 One wrinkle here is substibility of goods.  If the party buys up the entire stock of plate mail and drives the price through the roof, people who would buy plate are going to buy banded mail instead, and smiths who would make banded are going to make plate instead, and prices for banded are going to rise too.  So it might make sense to put goods in buckets, and raise prices for the whole bucket.  In Rick's example, "food" is the bucket.  But on the other hand, a lot of goods aren't really substible; a light riding horse and a medium riding horse fill quite different needs, even though they're both mounts.  So maybe it isn't worth worrying about - the players themselves are likely to think hard about substituting banded mail for plate when it's a quarter the price.

Is it worth it to track price multiples across months?  Should the multiple decline differently based on how "connected" the market is to trade networks?  Is linear price growth right, or should be it exponential or something?  How do price multiples interact with hiring henchmen?  Could switching to per-season availability or something lessen the book-keeping here?  Is this competitive with just commissioning goods (the stock ACKS way to circumvent market limits)?  How does the venturer interact with this (maybe he just gets you access to extra goods at one lower price multiplier)?  Heuristics for effects of standing price multiples on domain morale, or a system for having them queue trouble?

I stumbled upon Rick Stump's blog recently.  There's a lot of good stuff here!  There was a line from this post that got me thinking:

This means that if there is a good road directly between me and, oh, the market 8 miles away if I leave at sunrise (call it 6:30) and want to return home by sunset (call it 8:45) [I am using the sunrise/set times for Seaward for this time of year] then I wouldn't get to the market until about 9:30 and need to leave by 5:45.

As I've noted elsewhere [2], I'm always looking for more ways to inject seasonality into the wilderness game.  And varying travel per day with available daylight makes a lot of sense!  Taking fall and spring with ~12 hours of daylight per day as your baseline, we'd see negligible seasonal change in available travel time per day in the tropics, but even as far south as Miami, the shortest day of the year is 10 and a half hours, while the longest is around 13 and a half.  So that's a difference of 12.5%, an eighth.  Up here the shortest day of the year is around 8 and a half hours, while the longest is more like 15 and a half.  So just on the basis of having more or less daylight, something like a 30% reduction in overland travel rate in the winter and a 30% increase in the summer would be reasonable at these latitudes.  Dealing with modifying travel speed by an eighth might not be worth the hassle, but 30% certainly seems big enough to warrant consideration!  For latitudes somewhere in between Miami and Seattle, something like a 20 or 25% modifier might be reasonable and fairly easy on the math.

And then if you're already figuring seasonal overland travel speed modifiers for daylight, you could also just abstract weather into that modifier, especially if operating on scales of weeks.

One could also make the slower (winter) speed the default, and then scale everything else up accordingly, since multiplying is easier than dividing.

(Granted - this ignores historical details like the afternoon halt during summer marches.  Maybe the difference between getting 12 hours of rest in the dark and getting eight at night in the summer plus four in the middle of the day doesn't work out to that big a difference in practice.  Maybe it makes sense as just a winter penalty, where your time to break and make camp cuts into your marching daylight time.  And then there are those rascals with infravision mucking things up as usual...)

Posted by jedavis at 2:26 PM No comments: