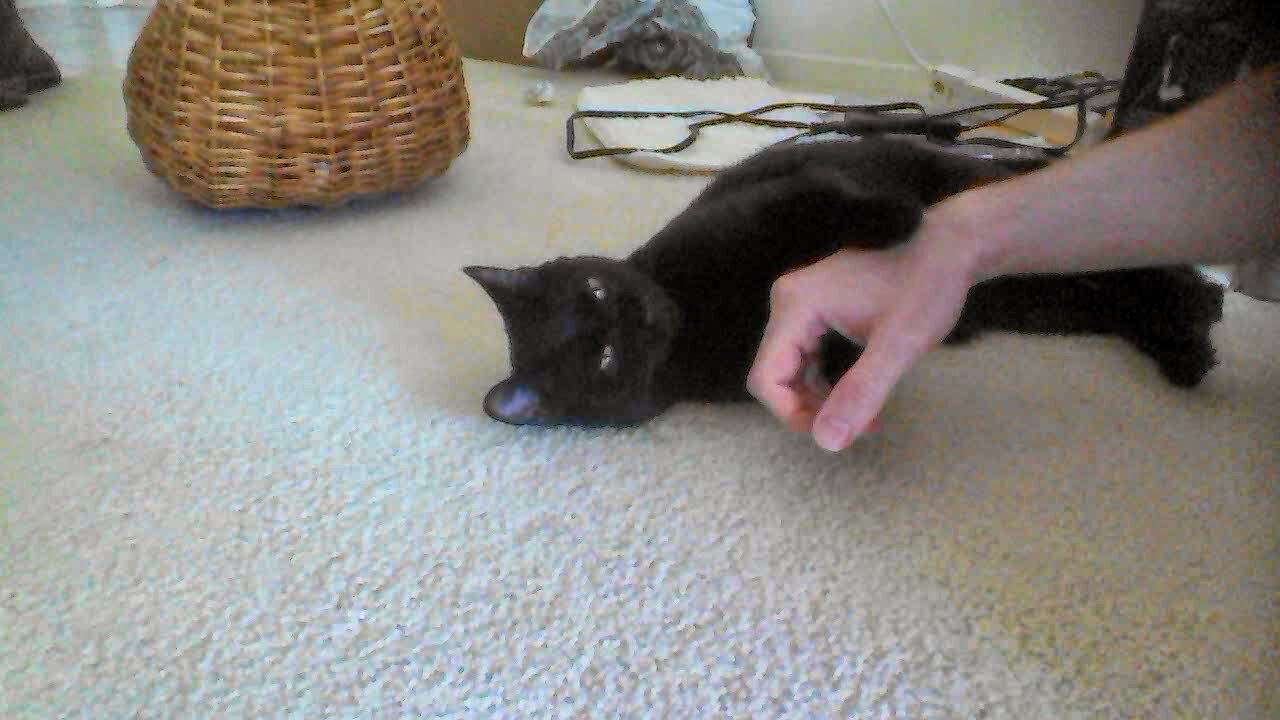 Posted by jedavis at 9:04 PM No comments:

On Stars Without Number

I've been reading the Stars Without Number Core in varying passes to varying degrees of detail and just finally managed to put my finger on what was bugging me about it.

This is not a simulationist game.  At all.  It has neither the engineering grunge nor history-simulating character generation of Traveller, nor does it go into the sort of economic considerations that ACKS does (which would, admittedly, be a lot harder in a science fiction setting).

Does it look like a fine, fun, fast-paced, deadly fusion of TSR D&D and Traveller?  Certainly.  But it is OSR of the Golden Age, rather than the Silver Age which I favor.

There are some rough edges on the merger, too.  I'm not really sure how I feel about ascending D&D-style HP in science fiction, for example, and I don't think I like what a strong skill system like the one SWN borrows from Traveller does to the assumed "permitted unless implausible / apply gear, solve problem" competence of the OSR D&D character (as exemplified by the application of the 10' pole to the trapfinding problem - this does come up in the GMing chapter, but I'd rather it be front and center in Using Skills).  I also quite dislike the max-skill-value-by-level rules, which mean that you can't have low-level "civilian" masters of a skill unless you're willing to have NPCs play by different rules from PCs (which is a valid approach, but not one I favor because inevitably they're going to recruit the guy who breaks the rules as a henchman and then someone will die and try to play him as a PC and then things can get messy.  I prefer for PC-species to be more consistently modeled).

Other thoughts:
Verdict: Would consider using for a game like 40k, particularly since Darkness Visible is basically the Inquisition Sourcebook (for some reason the notion of using fuzzy rules for cults and secret societies sits better with me than for governments).  The ascending HP (and level in general) provides for a degree of "larger than life"ness that just don't see happening in Traveller, but which is characteristic of inquisitor-type 40k characters.  I think Traveller will likely remain my general-purpose sci-fi game of choice, however - I like the chargen and the fiddly ship design and the ecology and such.  I can play Traveller without ever actually playing Traveller; I think I would have difficulty doing the same with SWN (though the society generation rules are close, and factions could probably work well for that).  I could definitely see pillaging the tables, society generation, and alien psych bits from SWN for use in Traveller, though.

(Introspective moment - why do I prefer simulationism to narrativism so strongly, anyway?  A topic for another post at a more reasonable hour, methinks)
Posted by jedavis at 11:52 PM No comments:

Following my reading of Red Tide and favorable impression thereof, I realized that I had a bunch of other Sine Nomine material on my hard drive that I hadn't read yet!  I recall skimming the Stars Without Number Core at some point past, but I do not remember the details.  I was reasonably excited about Suns of Gold, so I decided to read it first and see how much I could infer about SWN from the sourcebook, and keeping its status as a competitor primarily with Traveller in mind throughout (I've read CT's Book 7 - Merchant Prince, but I don't have Mongoose's version).

Chapter 1: Five pages of introductory material and history.  I dig the Exchange of Light and particularly their Context Assassins.  This chapter sets up some very different expectations from those in most Traveller sectors - things are pretty rough, civilization is trying to pull itself out of a dark age kicking and screaming, and the locals would love nothing more than to off yon far trader and steal his ship and cargo.  Establishes the grand context, the place in history, of the far trader after the Scream.  I can work with this.

Chapter 2: Eight pages outlining the obstacles confronting the far trader and the realities of doing business.  Discussion of factors, currency, customs, and some initial advice for setting up a campaign.  Elaborates on difficulties mentioned in chapter 1 while narrowing the scope down to "how's this trading thing play out in practice?".

Chapter 3: Eighteen pages of trade rules.  We're in to the meat of it here.  A couple of things stand out in contrast with Traveller's approach.  First, friction and trouble mechanics model losses from bribes, taxes, theft, and mishaps, but can be circumvented via appropriate adventures.  This reinforces the gritty themes of the setting, but more importantly it ties trading to adventuring.  While Traveller's trade system in our experience is largely a bookkeeping exercise used to fund other endeavours but not particularly entertaining in its own right, this inverts the formula and makes trade a cause of adventures and a source of fun.  The goods tables have less variance per ton than do the Traveller tables, with rare and exotic pre-fall maltech immortality devices capping out at 400kCr per load (compare with Traveller's Radioactives at 1MCr / ton).  The world-type trade good tables are simpler to use than generating available cargos for a world in Traveller, though the trouble tables are disappointingly uniform in their effects (varying primarily in degree).  While these rules fail to address the Golden Pair problem just as most Traveller rulesets do, this is perfectly justifiable within the post-apocalyptic setting outlined in Chapter 1.  The Holdings rules felt slightly out-of-place in this chapter, inasmuch as some holdings that influenced Morale or Supply were confusing without knowing that colonization rules were coming.  That said, the holding rules are neat and something I haven't seen in Traveller outside of maybe the Mercenary supplements, where their effects haven't been particularly memorable (I suppose Dynasty probably has something similar, but probably at a higher degree of abstraction).  They also sort of set up the possibility of Great Ambitions - why yes, as a matter of fact, I would like a Fleet Command and some space-battleships.  Maybe I'll read Skyward Steel next...

Chapter 4: Fourteen pages, mostly of world-tags.  These don't actually influence the trade mechanics (though attaching a handful of purchase/sale modifiers to each might produce some interesting variety), but do provide good ideas for authority figures, antagonists, places, and objects for use in adventures on said worlds.  Again, without having used it, the tag system looks like it should be a useful prep / organizational tool.  There are also some sample worlds in this chapter, some of which are entertaining (I liked Axiom, Boreline, and Inget Station) and almost all of which are wonderfully cynical in one way or another.

Chapter 5: Fourteen pages on running trading adventures.  The first major chunk of this chapter is a set of adventure-templates.  These are sort of similar to Traveller patrons, but about two steps further abstracted; I think the closest thing I've seen in another RPG product were the adventure templates in WHFRP's Renegade Crowns (another supplement from which I have derived utility despite not playing the system it was written for).  You start with a general objective - Establish Holding, Kill Target, or Do A Favor, for example.  Each of these has a d6 table of mad-libbed plots, with blanks reading Antagonist, Authority, Thing, Place, Hostiles, Thief, and so forth, and subsequent supporting tables with random hostiles and conflicts and such.  I'd be a little concerned with some of these table results becoming expected or par for the course, but I think this is probably avoidable, and this looks like a useful tool.  These are followed by a section on running mercantile campaigns, which has at least two things I could see stealing for any sandbox game (the A Pattern for Inquiries sidebar and the Goal Pyramid structure), as well as a good verbalization / concretization of an unspoken difference in style in trading campaigns, between the "Space Truckers" style and the "Merchant Princes" style, and suggested rules variations for each.  Some of my prior thoughts on Traveller are relevant only to the Space Trucker style, while my prior play experiences have mostly been of the Merchant Prince variety.  Nice of Crawford to give me terms with which to express this dichotomy.

Chapter 6: Eight pages on founding colony worlds.  Now some of the holdings make much more sense!  Again, a wonderful example of a Grand Ambition for a Merchant Prince-style campaign.  These rules look eminently usable, and are rather economically-informed ("You're allowed to hyperinflate your colony's currency...  but it's quite bad for morale, and after a month prices have adjusted for it.").  Again, we have a Trouble Table that serves as a source of adventures.  Also, he named the sample colony Bastiat.  I approve.

Chapter 7: Six pages of gear, ships, and ship fittings.  I will admit that I skimmed this one.  Gotta love having nuclear dampers and weapons for sale to PCs, though, and the Exodus Ship warms the cold, Homeworldy parts of my heart.

Chapter 8: Tables, maps, stats for likely hostiles, a world trade record sheet.  Useful GM things, and closing with a very stripped-down index that nevertheless seems to hit the sort of things one would likely look for in play (gear, adventure templates, the quick-reference pages for buying and selling cargo, &c).

Other considerations: The art is sparse, but pretty good, in a black-and-white pencil style which reinforces the themes of the setting.  None of the art made me go "WTF", and where the art was clearly supposed to be representing a person or thing, it did a good job (the factor on page 10 and the rival trader on page 7 look appropriately supportive/friendly and ominous, from their body language, for example).  The editing was superb - I did not notice any significant typos, though there were some instances of odd diction (while I've never used "confect" to describe building an adventure, as used on page 45 it is entirely appopriate).  From his diction, attention to editing, comprehension of economics, and references to Bastiat, Heinlein, and other authors, I get the impression that the author is well-read (probably better than I).  I like that.  The style is not that of the commercial writer, churning out word-count for a paycheck; it is that of the enthusiast, with extensive knowledge and deep love of both the genre and the RPG form, who wants to share these with others to the best of his ability.

So, in conclusion: at two-thirds the price and 77% of the pagecount, Suns of Gold absolutely blows away any of Mongoose's Traveller supplements that I've yet read.  The subsystems are well-thought-out, varied, and inspiring of player ambition, there are sandbox GMing tips and structures that are liable to be useful in even fantasy games, the editing is excellent, and there is no glut of either player options (careers, gear) or of repeated minor variations on subsystems.  The only accusation I would consider levelling against it is that the trade is somewhat derivative of Traveller's, but this is readily forgivable given that the changes made to Traveller's trade, while small, are significant in their changes to the structure of play, well-thought-out, and sensibly implemented.  It might even be seen as convenient that it is so close to Traveller's trade, since this makes back-porting it to Traveller very possible.

Well done, Mr. Crawford and Sine Nomine.  Maybe I ought to go read the core book...
Posted by jedavis at 8:29 PM 1 comment: